If you’ve read a mouse review on this page you might know this already: most features that mouse developers advertise with today are not relevant at all. RGB lighting, 16.000 DPI or a million side buttons – all that does not matter at all if your mouse’s sensor is crap.

Buying a mouse with the right sensor is hard though: most mouse developers do not actually list their mice’s sensors in their product description, and just knowing the sensor’s name won’t tell you how good it is without additional research. That’s why it’s super hard for us gamers to buy a mouse with a good sensor, especially when even leading brands use a lot of different sensors with very different quality levels.

To shed some light on the single most important feature of any mouse, I’ll describe the most common flawless mouse sensors on the current market and in which mice they are featured!

Flawless Sensor: what does that mean?

The term “flawless sensor” is well-known among gaming mouse enthusiasts. It stands for optical mouse sensors, that track your mouse signal without any interference or artificial mouse correction. That means:

A lot of today’s gaming mice do not have a flawless sensor, and the input signal gets altered before it reaches your monitor. All the bullet points listed above are extremely important for gamers: just imagine you’d want to hit that clutch AWP shot in CS:GO to win a round – and then suddenly your mouse sensor starts interfering with your aiming due to angle snapping. That’s why gamers should always get a mouse with a flawless sensor, as there’s simply no reason to aim for less.

Avago? Pixart? Who are these Companies?

As you’ll see in our list below, nearly all modern mouse sensors are being made by either Avago or PixArt – and the specific models sound very much alike, if not the same. The reason for that is simple: Avago and PixArt agreed on a licensing deal, so all current models are being built by PixArt. If for example one mouse has the Avago ADNS-3311 sensor, and the other one uses the PixArt PMW-3311 – then both actually have the very same sensor built in. 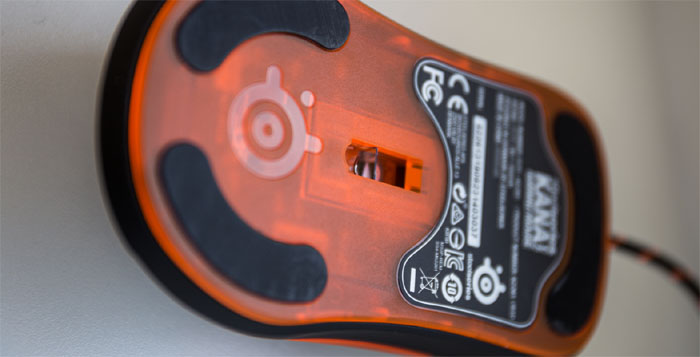 The following list shows you the most common current flawless mouse sensors, which are the best ones you can have in your mouse. To make it even more transparent, we’ve listed some examples of gaming mice using that exact sensor. Even though there might be small differences between the ones listed below, all of them are proper flawless sensors and highly recommended.

The PixArt PMW-3310 (same as the Avago ADNS-3310) is said to be the best mouse sensor on the current market. It offers a completely flawless tracking, and angle snapping can be activated if needed. The DPI value can be changed in steps of 50 DPI.

Pixart’s PMW-3366 is a mouse sensor that has specifically been developed for Logitech, and is nearly 1:1 the same as the PMW-3310 above. That’s why the same superior quality also applies to this one. Highly recommended!

Also the ADNS-S3988 is a sensor that has been specifically developed for (this time) Razer mice. It is based on the ADNS-9800 which is a non-flawless laser sensor – but the ADNS-S3988 works flawlessly and offers perfect mouse tracking.

Avago’s ADNS-A3090 seems to be the most common flawless sensor on the market that is being used by a multitude of mouse developers. There’s also no angle snapping or other forms of mouse correction, but a lower resolution of 3.600 DPI.

The Avago ADNS-3050 is an older sensor without mouse acceleration, that is not perfectly flawless due to the built-in angle snapping. Its resolution is pretty low, and it also tends to some jittering above 1.000 DPI. It’s quite common for gaming mice though due to its lower price.

A non-flawless sensor for comparison:

As described in my Mouse FAQ, all current laser sensors do not operate flawlessly. Even though the higher DPI numbers might seem impressive at first, the internal mouse acceleration or correction is a major deal breaker. Just as a comparison – here is a very common laser sensor that we would not recommend:

If you’re on the hunt for a new gaming mouse, always go for the ones that have e.g. a PixArt PMW-3310, PMW-3366 or Avago ADNS-S3988. These sensors are currently the best ones on the market, and they aren’t really that expensive – e.g. if you’re opting for a SteelSeries Rival or a Zowie FK2!